Ray White Bracken Ridge has announced they are hosting a community fun day to help raise money for a local family who are trying to bring their seriously ill son home for Christmas.

Twins, Kohan and Chet, just celebrated their first birthday. The difference between the two is that Kohan was born with a serious heart problem and has had four open heart surgeries in his short life. 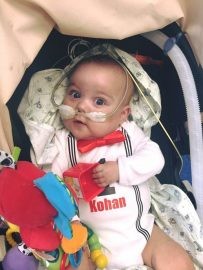 Roxanne Paterson, who opened the doors to her new Ray White business in July, was so moved when she heard the story of the 12 month old that she decided to do something to help.

“We were planning to have a launch party, but when I heard the story of Kohan I wanted to do something. I’ve never met the family before but I made contact with their parents, Warwick and Rachel, and offered to launch my business with a fundraising event for them.

“We want to raise enough money so that they can bring Kohan home for Christmas. They want to be at home in case it’s the only Christmas he gets,” Roxanne explained.

Hosting a family fun day on Saturday, August 27 August, Roxanne is calling on the local community to come and get involved. Throughout the month of August Roxanne is also donating a portion of every commission she earns to the family. 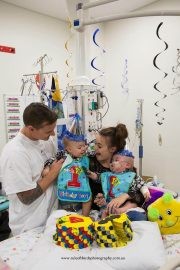 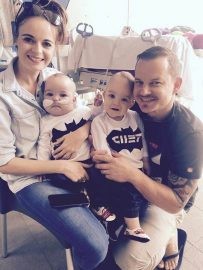 “We’ll have jumping castles, face painting, balloon artists a fire truck as well as plenty of food and drinks. We’ll also have a huge canvass for everyone to add their own touch of art to, and we’ll host a charity auction on the day with a flight centre voucher, signed Broncos jersey and more.

“We’re really hoping the Bracken Ridge community gets behind us and supports this beautiful family,” Roxanne said.

Those who can’t make it to the family fun day have the option of donating to the Ray White fundraising efforts via their Go Fund Me page.